So is it Alfresco One or is it Two? 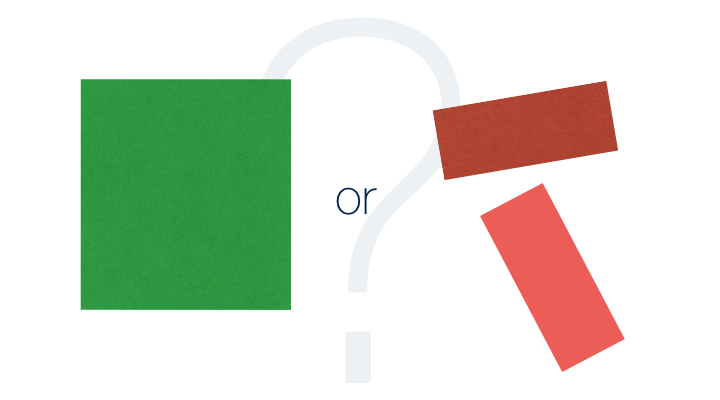 Alfresco has long been struggling hard to define its product line, and especially to draw a distinct line between Alfresco Community and Alfresco One (previously named Enterprise). In doing so the focus has always been to saying why Alfresco Community is not fit for any serious usage. If you listened to a sales presentation from an Alfresco sales representative you have probably heard something along the lines that "Alfresco Community is only suitable for evaluation purposes". As believers of open source and Community edition, we all can agree that it is some serious badmouthing of their own product.

Richard Esplin who is now the Product Manager of Alfresco Community made an attempt to define Alfresco's model for what goes into Community edition and Alfresco One in his piece Applying the Open Core Model in Alfresco 5.1. He tries to do so again by defining what Community Edition is and setting up use cases. I think Alfresco can do so internally, but it does not clarify much for Community users, since when and how to use Alfresco Community is best defined by those who use it. And it would really have been appreciated if someone from the board of directors sign off this article to show the commitment to the Alfresco Community and Open Source.

What I still see is that Alfresco acts as if it has two products instead of just one. I would love to see it as Alfresco One (current Community) and with Enterprise features as an extension on top of the common core. Right now it is not the case and as mentioned above Alfresco doesn't treat their own released products as such.

In my own take on how Alfresco shall view its offering I will use two terms for different strategies to commercial open source:

The approach Alfresco has (based on my observations) is to employ a vertical strategy for conversion of Alfresco Community to Alfresco One (paying Enterprise subscription). The hope has been that after the evaluation use of Community edition, these users would discover the need for an upgrade to become paying customers and use Alfresco One. In order to help users evaluating to understand this, you actually cannot speak well of the product that you want them to leave for the better option. But this approach hasn't developed as Alfresco had hoped for, Community edition users mostly stay on Community. We now have the situation of Alfresco Two (products).

I will instead suggest the horizontal strategy for Alfresco as an Open Source company. Here your strategy will be to treat the core product as one product. When you release the free version Alfresco Community, you promote and ask users to start using the very good product you just released (if it is not good, you don't release). You explain why it is a good choice and how it will help their business problem. Because the higher the number of users using Alfresco the higher the number of people that talks about Alfresco and knows about its existence. You might even get some people to select Alfresco instead of Sharepoint. How will this help Alfresco getting paying customers? Because of every 10, 100 or 500 (the number is not important here) there will be one that now have discovered Alfresco and that would never go for anything but supported software.

The new customers that always wanted commercial support for Alfresco in the first place it what Alfresco should aim for. Sell them Enterprise support by the merits of its added features and those that went for Alfresco Community will most likely stay on Community and Enterprise will go directly to Enterprise. This is what I mean by a horizontal approach, a very broad approach where you get a percentage of users to jump directly on to become Alfresco paying customers. The self-promotion strategy might even allow Alfresco to cut down on sales people like Atlassian.

The horizontal approach works best with Alfresco being just one product, where Alfresco (the company) can take advantage of its product being Open Source. The more users that run and test the same features, the more heavily it will be tested and fixed when it reaches its paying customers. Alfresco won't have to keep two product lines and rip features out, or every time a new feature is added maintain different code bases.

Then finally we have Alfresco One (product), with the option of an added package of Enterprise support. It will benefit both Alfresco (the company) and Alfresco Community.

I've received the following responses to this post, both worth reading: