For a client I needed to come up with a solution to use a specific metadata edit form when the document had a certain aspect applied. Reason was that that if it had this aspect, you should only be allowed to edit this subset of metadata, not the default name, title etc (sort of a lockdown). Out of the box you can only configure different forms based on document type so I needed to find a way to see if the document had the aspect applied, and if so show a special form.

One of the strengths with Alfresco is the many ways you can interact with the repository, getting information in and out of the repository not only using the web client, but also with protocol such as imap, ftp nfs, webdav, and cifs. But taking a protocol such as cifs (before 1996 known as smb) that is non-versioning network file system and apply it to a versionable repository such as Alfresco you are on to a tough journey. I have been dealing more with cifs for many of my clients than I ever would have wanted, but I understand client that wish to use Alfresco via cifs. Their end users can just continue editing document the way they are used to and avoiding the extra steps of download/upload that the web client like Share requires.

Have you noticed that the flash based previews in Alfresco 4.0 looks a bit blurry? Then you are correct, it is not your vision that’s failing, they really are. This is due to change settings for pdf2swf program (that create the flash) to make it more reliable for large pdfs, and for certain pdfs it could crash the jvm completely. So there was a good reason for the change. 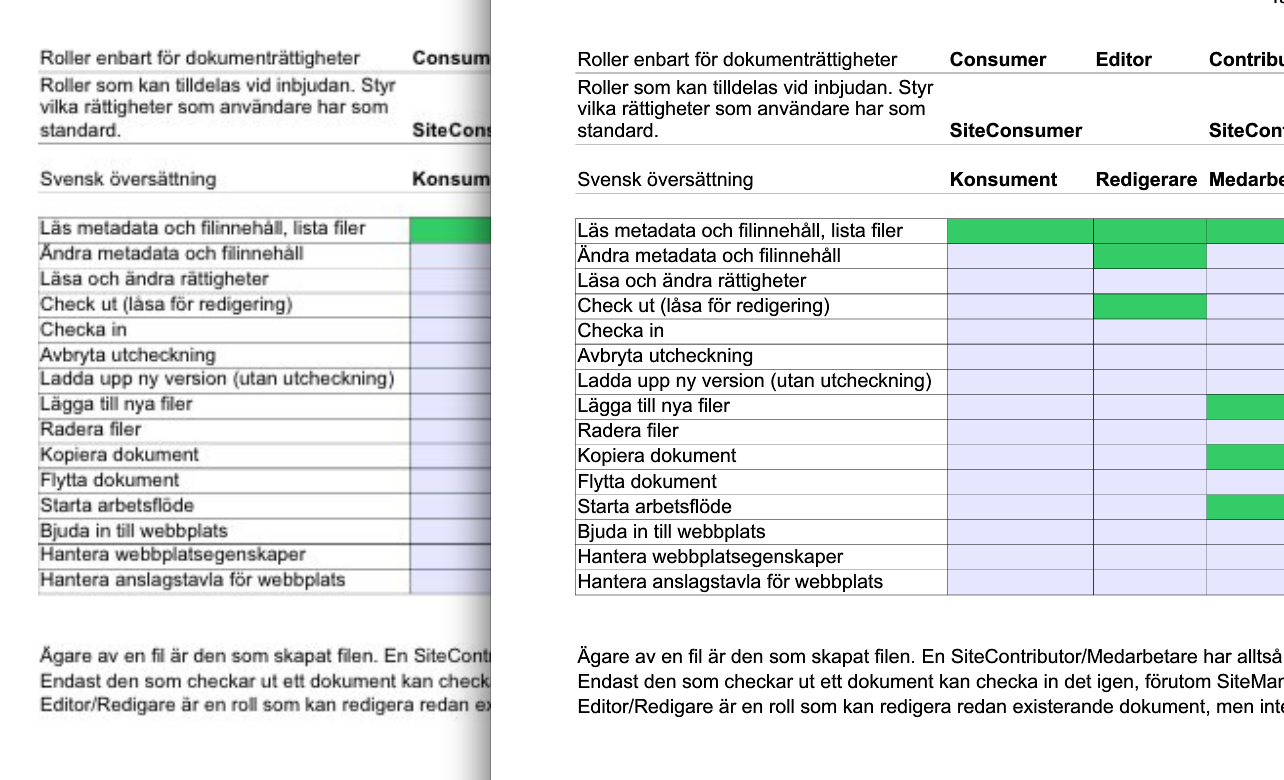 The image above shows the difference between the settings. Details can be found in this issue ALF-10870. This issue is now closed as won’t fix, something I do not agree with. It would have been better to postpone the fix for 4.0.x (or any later version) if there is no immediate resolution, because a fix is needed, no one wants previews that makes Alfresco look like an inferior product (that it absolutely not is) on first impression.